How a semiconductor wafer is made

Manufacturing a semiconductor IC requires as many as hundreds of microfabrication steps.
This section provides an overview of the process flow of wafer processing. 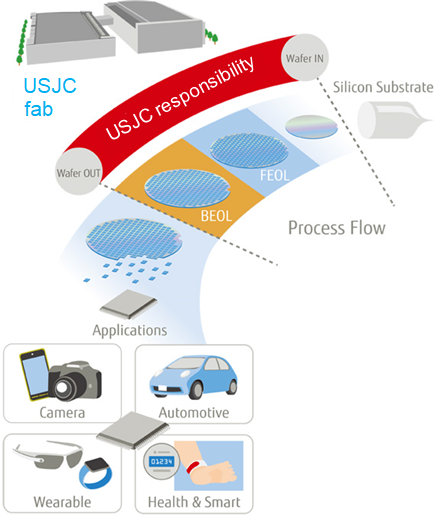 FEOL (Front End of Line: substrate process, the first half of wafer processing)

Components such as transistors are formed on a silicon substrate.

BEOL (Back End of Line: interconnect process, the second half of wafer processing)

Components formed in the FEOL are interconnected with metal material to form circuits. 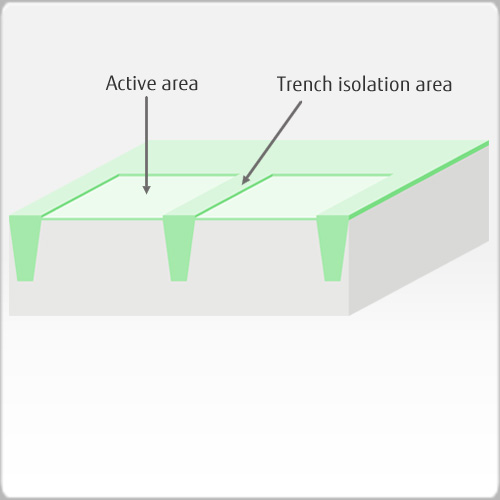 Transistors are formed near the silicon wafer surface.
To ensure that each transistor operates independently, it is necessary to prevent interference with other neighboring transistors. Therefore, the regions where transistors are to be formed are isolated. There are a number of methods for this isolation.
The technique introduced here is called STI (Shallow Trench Isolation). 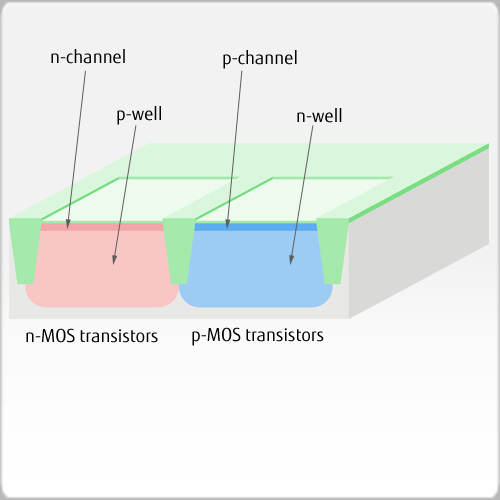 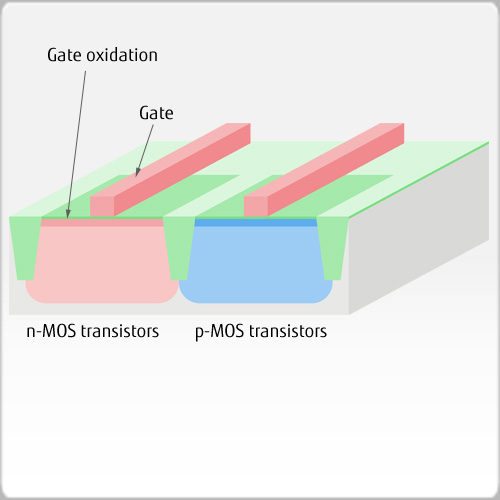 This step is most important from the viewpoint of transistor characteristics.
A gate oxide film greatly influences the performance and reliability of a transistor, and should therefore be a high-density thin film uniformly distributed over the wafer surface.
Since the size of the gate formed may also greatly influence the performance of the transistor, strict dimensional control is necessary in both photo resist patterning and gate etching.
Gate electrodes are formed of polysilicon (polycrystalline silicon) by CVD. 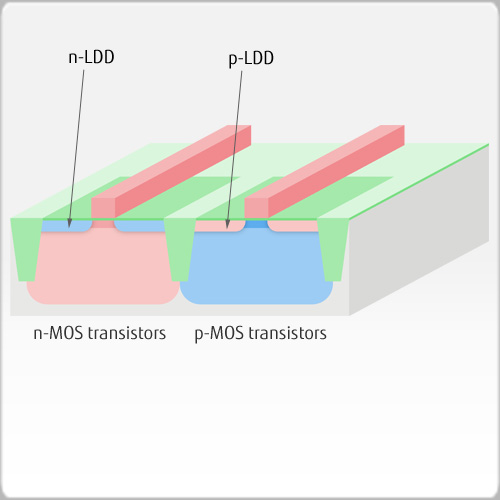 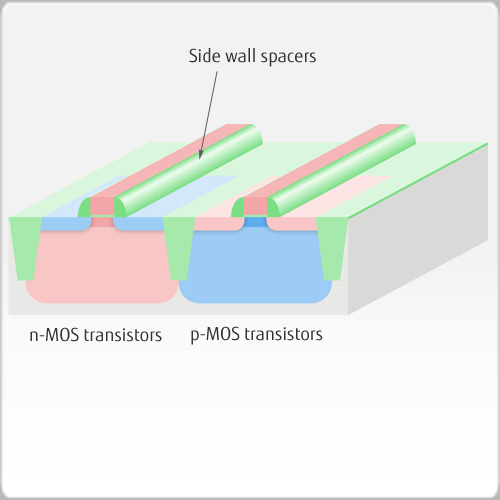 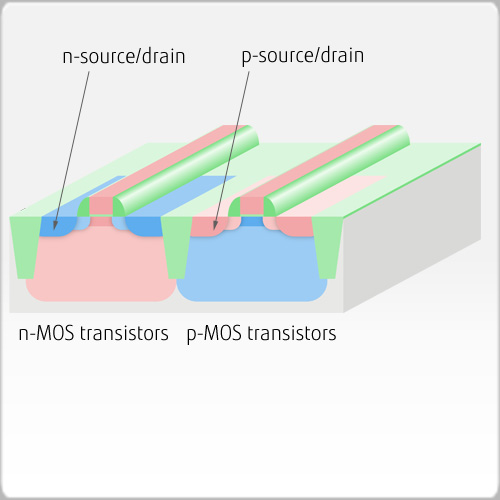 Sources and drains are formed in n-MOS areas and p-MOS areas. The shapes of sources and drains are the same because usual transistors are symmetric. Which is a source or a drain is defined depending on the connection direction of the power supply.
P-source/drain: P-type impurities (e.g., B+) are implanted into p-MOS areas.
N-source/drain: N-type impurities (e.g., As+, P+) are implanted into n-MOS areas. 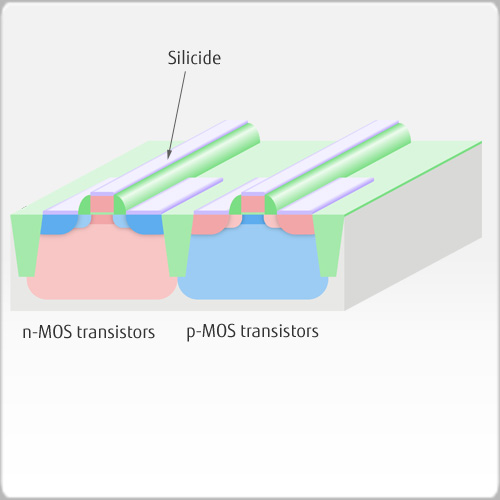 Silicide (compound of silicon with metal) is formed on gates (polysilicon), sources and drains (Si wafer) as three MOS transistor electrodes in order to reduce contact resistance to metal wiring layers to be formed later. This silicide formation also has the effect of lowering the resistance of each electrode.
Salicidation: A cobalt film is removed selectively by chemical etching (Self aligned silicide). 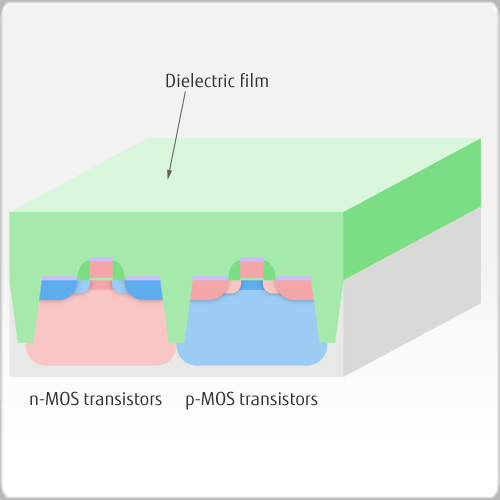 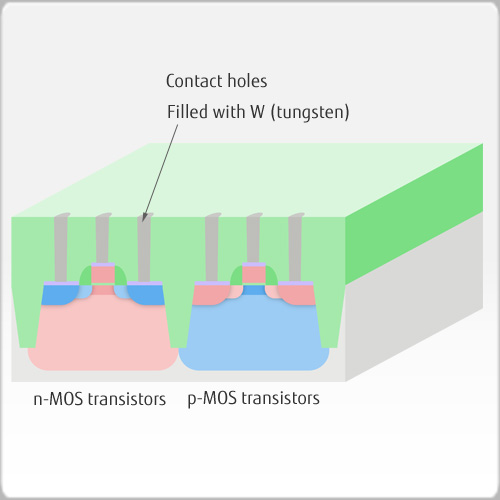 To connect electrodes such as gates, sources, and drains of transistors to metal wiring layers, contact holes are made in the dielectric film and filled with W (tungsten).
Plug-tungsten filling: Tungsten is deposited in contact holes.
Plug-tungsten polishing: The surface is polished to remove excess tungsten and leave tungsten only in the contact holes. 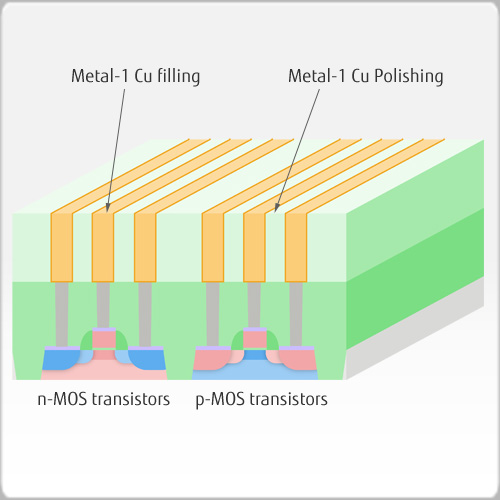 A dielectric film is deposited as an inter layer dielectric, a trench pattern is formed by photo resist patterning and etching, and trenches are filled with Cu (copper) metal by electroplating.
The method of filling only the trenches with Cu is called single damascene.
Metal-1 Cu filling: A Cu film is deposited in the trenches by electroplating.
Metal-1 Cu Polishing: Excess Cu is removed by surface polishing to leave Cu only in the trenches. 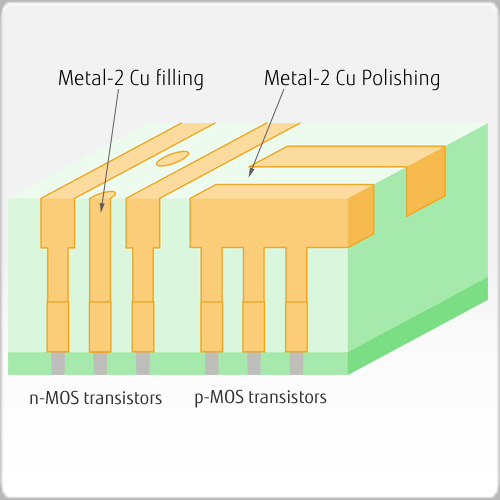